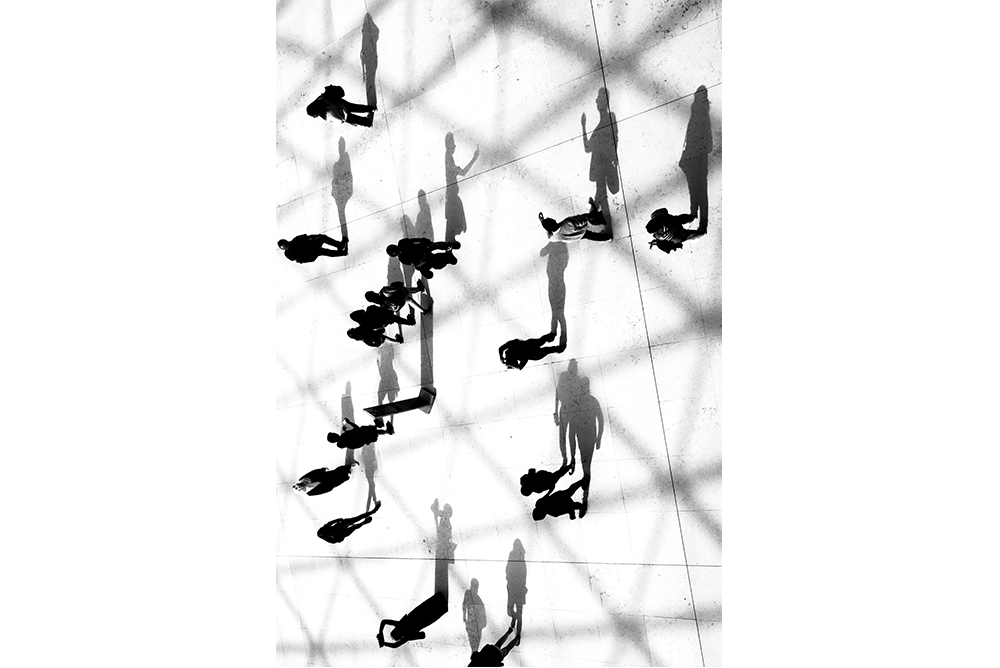 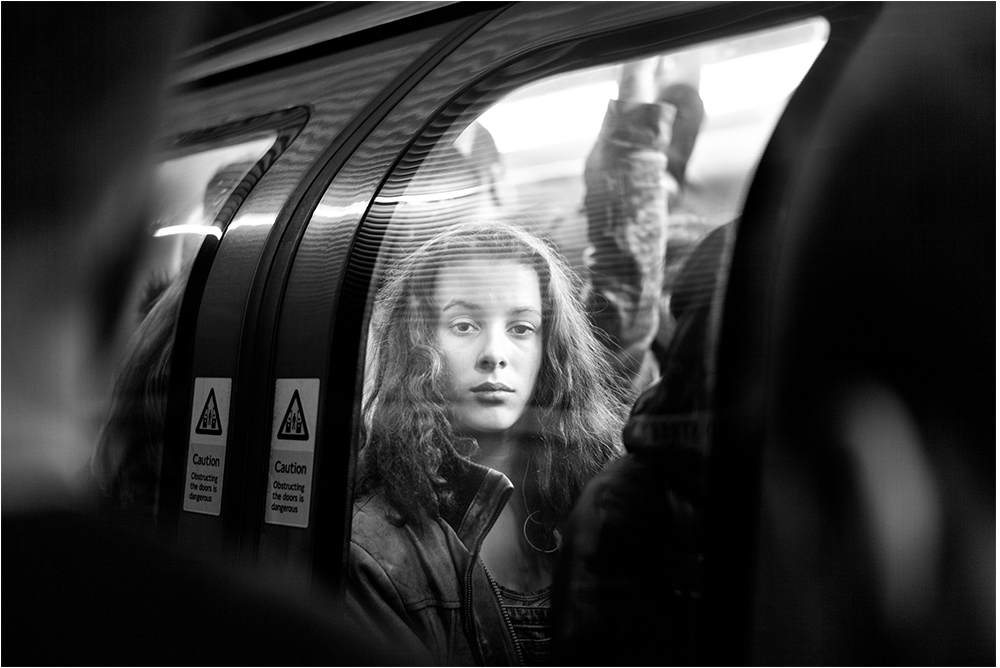 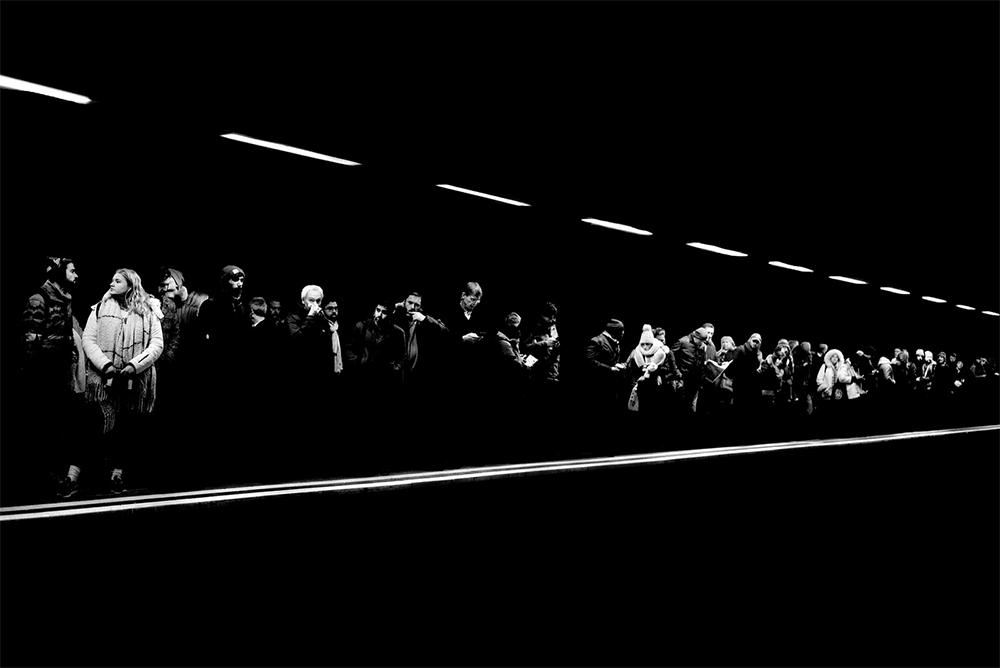 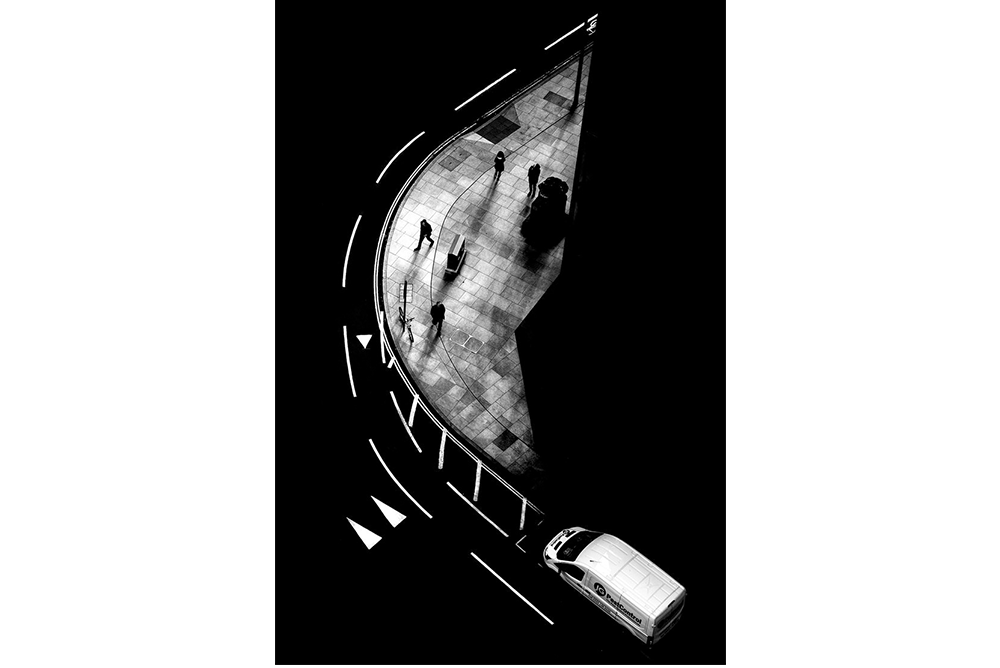 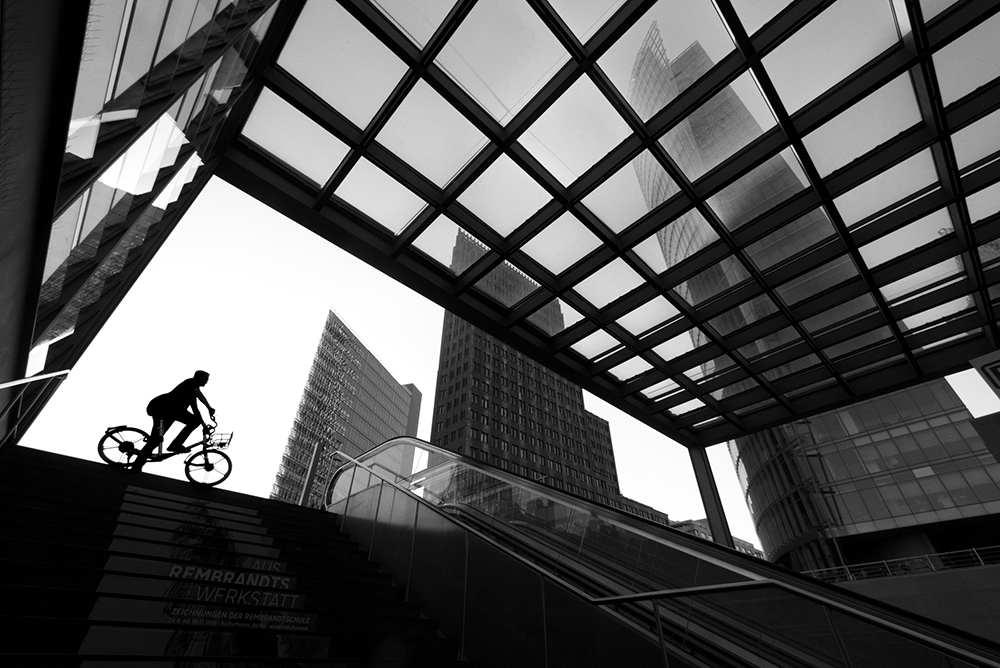 Metropolis is a series examining how we are dwarfed in the modern world around us and often lost in it. The exhibition is a selection of an ongoing series that has been active since 2015, taken throughout various countries around the world. There is a sense of unity coming from the atmosphere and the mood generated in the photographs, that are often other worldly, lonely and abstract. His work also incorporates surrealism, geometry, high contrast and the realities and diversities of human life.

“It is a subject that impacts a vast majority of the world. People are substituting real relationships for digital ones. We are inherently social creatures after all, and the way we are getting lost in the online world and the big city life is hard to miss. These photographs are my interpretation of this disconnection.”  -Alan Schaller

Alan Schaller is a London based photographer who specializes in black and white photography. His work is often abstract and incorporates surrealism, geometry, high contrast and the realities and diversities of human life. His work has been featured in The Guardian, The Financial Times, Time Out and The Independent. Alan regularly has exhibitions, showing recently at the Saatchi Gallery, The Leica Gallery in London and The Edit Space in Milan. Brands he has worked with include Apple, Philips, Huawei Mobile, Union Coffee, Kew Gardens, Huntsman of Savile Row and London Fashion week. He is a Leica Camera Ambassador. Schaller co-founded the Street Photography International Collective (SPi). It was set up to promote the best work in the genre, and to give a platform to talented yet unrepresented photographers. Aside from photography, Alan has written articles for the Independent focusing on humanitarian issues. He is also a multi instrumentalist with a background in music production.